Wow – this was really unexpected but rather wonderful!

A long, tiring but a most rewarding day was had on Saturday 30th April at Drake Circus shopping mall in Plymouth.  Muffin and his friends were displayed just outside M & S for all those who were interested, where they were brought to life so people could see the magic of puppetry close up. We were really on our feet the whole day telling people about the history and Muffin’s story, demonstrating his iconic moves as well as giving people the opportunity to have their photo taken with Muffin or any of his friends.

Although Muffin was undoubtedly the star attraction, it was lovely to see so many children in particular, captivated by some of the other friends – Peter the Pup, Oswald the Ostrich, Peregrine the Penguin, Grace the Giraffe, Willie the Worm and Sally the Seal. They were all asked to do their ‘turn’ and have ‘pics’ taken with children who were fascinated by them and really appeared to adore their chosen favourite. 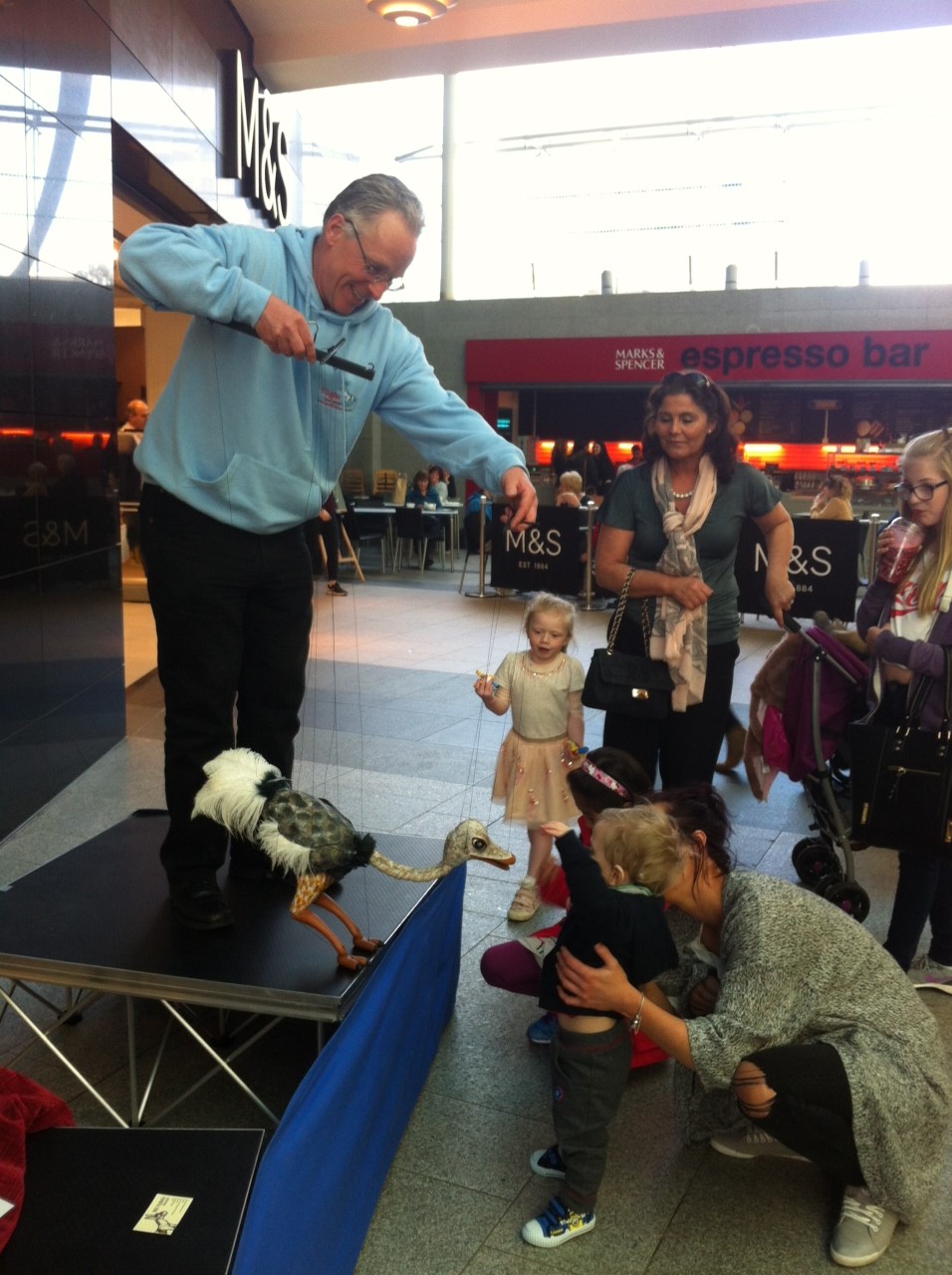